How did it start?

Since projects have claimed their rightful place in the business as a means of achieving complex goals, one can observe a tendency to attribute the success of a project to a method applied. It's widely believed that an innovative and up-to-date set of routines is a key factor in having your goal achieved within the budget and to the proper quality. It's a statement that has become almost a myth, therefore more and more companies worldwide struggle to apply tools and newest methodologies to optimize their processes and ensure that the risk of failure is mitigated.

Okay, enough with the academic jibber-jabber, let's get to the point.

In this article I'll try to convince you that it is flawed thinking - in reality, there is a big amount of factors that are creating an impact on the project success or failure and very few of them are related to applied methodology or tools used by the project team. On the other hand, neglecting one of them could have a catastrophic consequence to the project.

I will try to show you that a lot of problems one encounters when managing a project are created by people and it's the people who have the biggest impact on the project outcome. If you acknowledge stress as a manageable factor, you can make it much easier for your colleagues and yourself.

Take into consideration that that information below is just the tip of the iceberg and there is so much more to it. However, in order to get familiar with this subject, you must learn the basics first and then get to the very point of the problem. In the end, I will introduce a few techniques to reduce stress in the team.

Please remember that those techniques are not one-size-fits-all solutions. It's a difference between relieving the pain and reacting against the source of a problem. Dealing with the symptoms and killing the virus is what you should do.

Project as a stressor

This is a worn-off maxim, but every project is unique. Its uniqueness is not only illustrated by different triple constraint values and products, but also by different project teams that would execute it, organisations that fund the endeavour, project management methods chosen and such - the list goes on. There are so many factors to consider and monitor that it causes headaches. The project manager must be aware that things can always go south and be prepared for the worst.

Getting something to go off the rails in the project is one thing, but monitoring, recognition of potential conflicts and taking countermeasures is something that all project managers do. Most of them, I believe, do it subconsciously and some of them are fully aware of the situation - they are responsible for the stress level both in the project team and for their own.

What is stress actually?

Stress is a physical, mental or emotional factor that causes tension in the body.

I am not going to elaborate on what kind of chemical reaction it triggers, I'd rather show you how your prefrontal cortex works when blasted with catecholamines cocktail (adrenaline and dopamine), according to Dr. Amy Armstern : 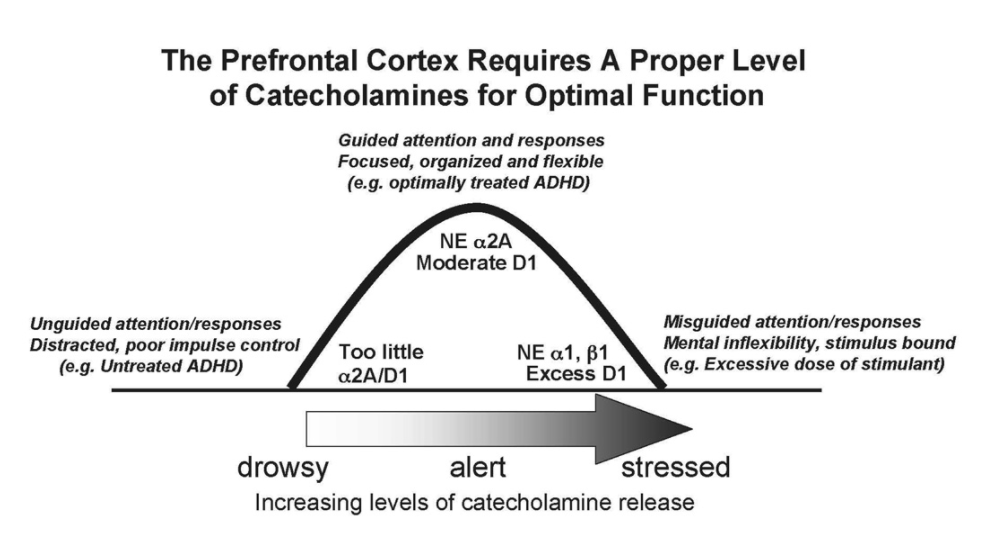 The graph above shows that there is a parabolic relation between stress level and productivity.

That should give an idea to you that stress should be reduced in the work environment but only to the point of high productivity. Complete elimination of it might result in a lack of motivation in the team, which is similarly counterproductive as too much stress.

Let's break down the stressful situations of a project manager and a project member to better understand them and find techniques that can affect their work positively and negatively.

According to a 2012 study by Samad Aidane, project managers are more prone to stress-related work in comparison to other office professions. It means that project stakeholders formulate demands of delivering value for the organisation with high disregard for anticipated and unexpected obstacles that can be run up against. This comprises of company policies or internal conflicts or triple constraint limitations.

In another article, Barry Z. Posner lays out the most popular stress factors that project manager have to face:

If you compare them with the personality traits of above-the-average project managers, you will see that to every stress factor there might be a corresponding trait. (see the list below and associate the skills with the list above) That shows that top problems that project managers are facing are people-related and I am not the only person to formulate such a thesis.

S. Lysonski and V. Nikalant in their article are mentioning similar conclusions. 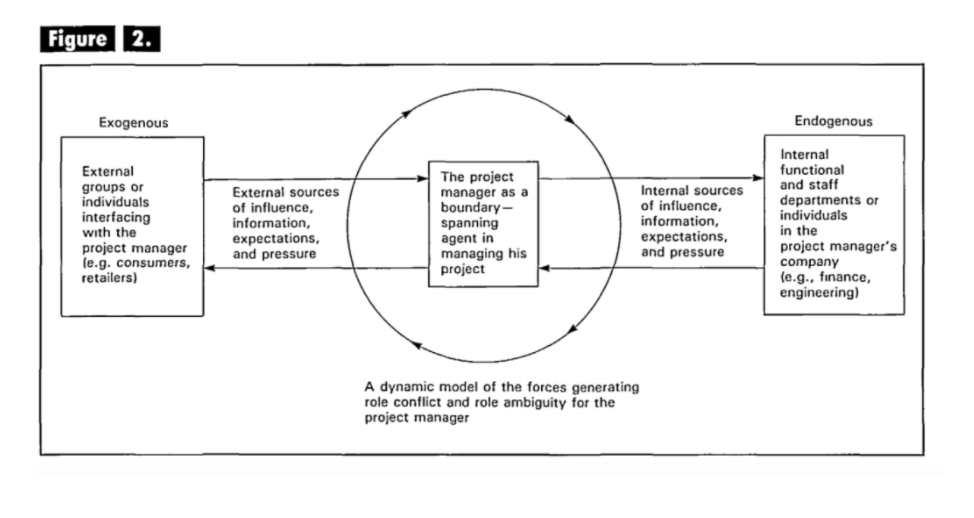 Boundary spanner is a role that causes two stressors - a role conflict (as the project manager has to satisfy multiple stakeholders) and role ambiguity (which often means a scarcity of information on how his performance will be assessed and shifting responsibilities in the project).

Above mentioned article can be compared with a study conducted on stress factors of IT project managers by Arina Richmond and Martin Skitmore. The results and conclusions formulated within are extending the founding of previous authors:

To sum up this part, one can see that there are multiple stress sources in a project manager's job:

In order to manage the team well, the project manager has to understand that his team is also affected by stress.

As a boundary spanner, he has to lead the stakeholders group towards conflict resolution and resuming the work towards the project goal.

It goes without saying that the task is exceptionally difficult, as it requires strategic thinking, analytical skills, and empathy towards the opponent. Those will be yet again the situations that must be approached with careful tending and a cool head.

Luckily for our jinxed project manager, those types of situations are often schematic and can be categorised, identified and understood.

Keep in mind that every person wants to minimise negative incentives and maximise the positives. SCARF model explains that the source of this behaviour is visceral and was used to ensure the survival of a species. Bad/negative incentives were associated with death or injury, whereas positive incentives with survival. (When in danger, most of the glucose and oxygen is  transferred to muscles, rather than the prefrontal cortex, which causes deficiency of memory and analytical thinking).

SCARF model also mentions 5 domains that are affected whenever a conflict arises:

It's worthwhile to compare the SCARF model with 5 groups of stress sources created by a medical committee in Toronto, Canada.

It's rather easy to associate each group to a domain presented by a SCARF model. For me, that means that a resourceful project manager must be aware of stress source groups and what kind of domains they can affect. A complex approach to stress management must monitor stress sources and treat the SCARF model as an indicator of what kind of domains must be addressed in order to ease the tension within the team.

How to decrease the stress

Okay, we've got stress sources and domains fixed for both the project team and the project manager. It should be easy now to understand the struggles of people within the team and this should be the very half of battle.

Now I will talk about how to cope with exceeded levels of stress.

Reduction of stress should be approached by limiting the stressors and stimulating the reward emotions. Let's break it down for every SCARF domain.

Keep in mind those domains and work with them. If you are an observant individual that takes care of the team, you will see that the stress is greatly decreased among the members and it affects the work environment considerably.

Now, it doesn't mean this is applicable to all teams everywhere. Sometimes the condition requires to act the other way around and against the domains. Those are very delicate and extreme situations and I am not going to cover that part in this article.

It is worth mentioning that there are also techniques that aim towards relaxation of the body and mind. Some of them are widely known but they should be applied together with those mentioned above. They can be also applied by a Project manager to decrease his own stress level.

Well, I hope that piece of information is going to help someone. Let me know if you have any questions, I am always eager to talk or calm someone down - find the email address here w.dewitte@visuality.pl ;)